In just over 100 words, author/illustrator, Barbara Berger, ushers in a bedtime story about the slow emergence of day into night. Grandfather Twilight is a zen-like treasure with the potential to put even the busiest body to (blissful) sleep. 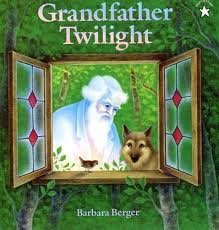 Grandfather, himself, is forever swashed in the colors of dusk. Powdery blues, cloud whites, pinks, lavender.  His gentle pace, not too quick(!), is gloriously calming. For you see, Grandfather IS twilight.

"When day is done, he closes his book, combs his beard, and puts on his jacket."

Then Grandfather moves from house through forest to the edge of the sea. I won't spoil his mission. But the reader will be enchanted by Ms Berger's wordless spreads as Grandfather moves iridescently closer to his goal.

If you live on planet earth, and have ever marveled at a quiet twilight, you will most likely love this epic tale. Grandfather Twilight.

(This book was originally published by Philomel in 1984, under the tutelage of legend, Patty Gauch, no doubt.)

Posted by Carmela LaVigna Coyle at 8:23 AM No comments:

Need a good laugh? Need a book that moves like a family sit-com? Need a reason to go buy a new car?

Then you need, Tooth-Gnasher Superflash. by Daniel Pinkwater! My children loved this book so much that we named our own super-duper new car after this morph-able auto: "Superflash!" Granted, ours couldn't do everything that the Tooth-Gnasher could, but it WAS a pretty shade of blue.

Daniel Pinkwater lays down bold primaries, to add even more zip to his already zippy tale. (By the way, you must visit Mr Pinkwater's list of literary accomplishments on his Wiki page. He is champion of children's lit!)

And off we zoom into the story with the family of Popsnorkles and a car salesman named Mr. Sandy. I won't spoil the rest of the fun in this short little book. But it may have you eyeing that new car with greater verve.

And I must warn you, car dealers ARE open on Saturday's.
Posted by Carmela LaVigna Coyle at 10:45 AM No comments:

Kate Duke is a dazzling storyteller and illustrator. 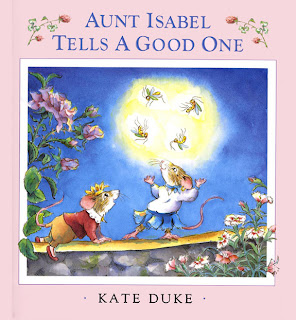 In Aunt Isabel Tells A Good One, she expertly sloshes a palette of forest colors together
with drama, romance, suspense, and good humor.
The result is a rip-roaring mouse adventure.

It begins at the beginning, with petite Penelope requesting a story.

"What kind of story?
A good story!
A good story is the hardest kind to tell,
though. We must put it together carefully,
with just the right ingredients."

And off we go. Aunt Isabel casts Penelope as the heroine, and dubs her writing accomplice. Together they craft a tall-tale that teachers will love. From beginning, to middle, to end, readers are keenly shown exactly what it takes to write... a good one!


Posted by Carmela LaVigna Coyle at 11:16 AM No comments:

Saturday Morning at the Picture Books; Lost and Found 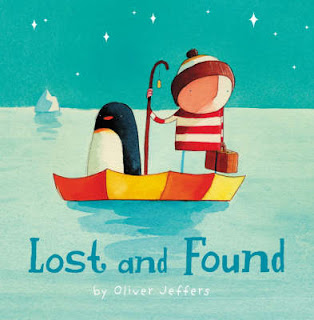 Lost and Found by Oliver Jeffers, will steal your heart away. It sure stole mine. A young boy meets a penguin. He is quite certain the penguin must be lost. Together they embark on a journey through choppy sea and ice to discover the workings of friendship. Children will learn the value of spoken and unspoken communication between friends.

This cold sea-themed book is written and perfectly illustrated by Oliver Jeffers. (Notice the author's childhood photo on the jacket flap resembles the book's main character right on down to the striped beanie.)

Lost and Found, was brilliantly adapted into an BAFTA winning short film, directed by Phillip Hunt for Studio A.K.A. The film's gentle rhythm will sweep you up in a wave of love, as will this timeless book.

Saturday Morning at the Picture Books!

Ok... first of all. I'm not mixed up on my days of the week. I know it's Tuesday, er I mean Wednesday, not Saturday. I'm just excited about my new feature:

Saturday Morning at the Picture Books! 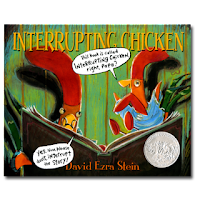 Each Saturday, I will post on my blog an irresistible picture book. One that you really, really must read. And I will cross reference it to my author Facebook Fan page.

Two weeks ago, I featured Interrupting Chicken. It's a delightful roller coaster of a ride for storytime. Maybe a little too exciting for bedtime, but the Zzzzzz's at the end surely will help settle the fray. Fun. Fun. Fun. You will fall in love with this caring little chicken and her Papa. 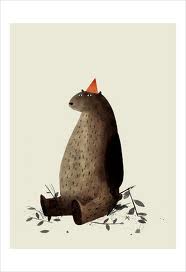 Last Saturday, I shared my newest crush,  I Want My Hat Back. It's a terrific tale of truth-telling... and the consequences we face when presented with untruths. Did Bear really snack on Rabbit? Hmmmm... children will carefully wonder.

Saturday will be here soon. Three days, to be exact.


Posted by Carmela LaVigna Coyle at 4:31 PM No comments: